Bihar Woman Who Lost Her Husband Years Ago, Gets The Family’s Grocery Shop Revived With Our Help 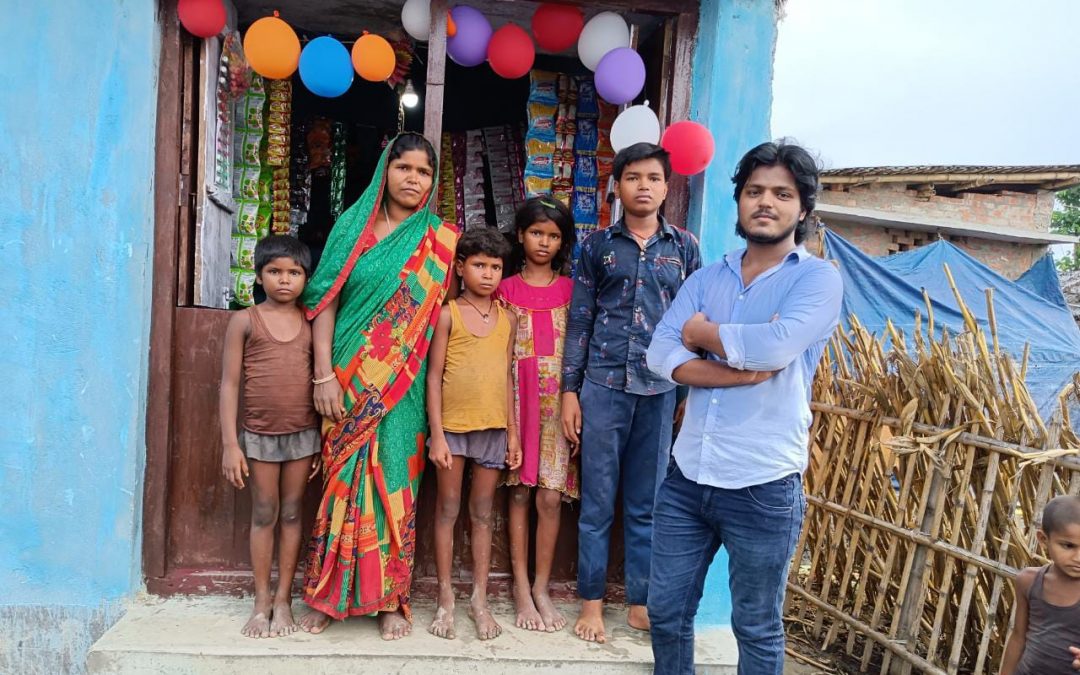 Rinku Devi is a resident of Saharsa District in Bihar. She lost her husband seven years ago to Tuberculosis. Since then, she has lived a life of struggle and poverty.

She was left alone to look after her three children – two boys and a girl. Though she tried to cut corners and raise her children well, a lack of regular income affected her plans severely. Her children had to drop out of school.

Her fellow villagers, who had been helping her in some way or the other, approached various social organizations. One of such local organisations run by one Manish Gupta, approached Sewa Nyaya Utthan Foundation for financial support for Rinku Devi.

On our behalf, Manish met her and saw the condition of her family. He noticed that Rinku Devi‘s husband had a grocery shop. After his death, it had been lying vacant. Manish suggested that we revive the shop. We immediately agreed.

The post-lockdown life has been difficult for all of us, but Rinku Devi was among the worst-affected. She tried to run the grocery shop somehow with a limited stock. However, the income was just not enough to sustain the family. Lockdowns continued, and no respite was in sight for her.

With financial support from us, Manish Gupta has now stocked her shop well. In fact, it is among the most well-stocked shop in the area now.

After her vacant shop got refilled, Rinku Devi thanked us profusely. She said she was glad that we did not merely help her with funds for a month or two, but made her self-reliant. She says she can now look after her children well, and live her life with dignity.

Watch the video below to see her happiness and relief.